Another week has passed in Baia Mare and thanks to the National Holiday only a short week of work can be described. Only five of us were in Baia Mare during the first days of the last week. Circumstances brought Barbara in Portugal, where she presented her final thesis. The first two working days, Monday and Tuesday were quiet and rather lazy days, spent only in the office. No activities were planned for these days, and we filled our days with the preparation of the activities that would follow on Tuesday. 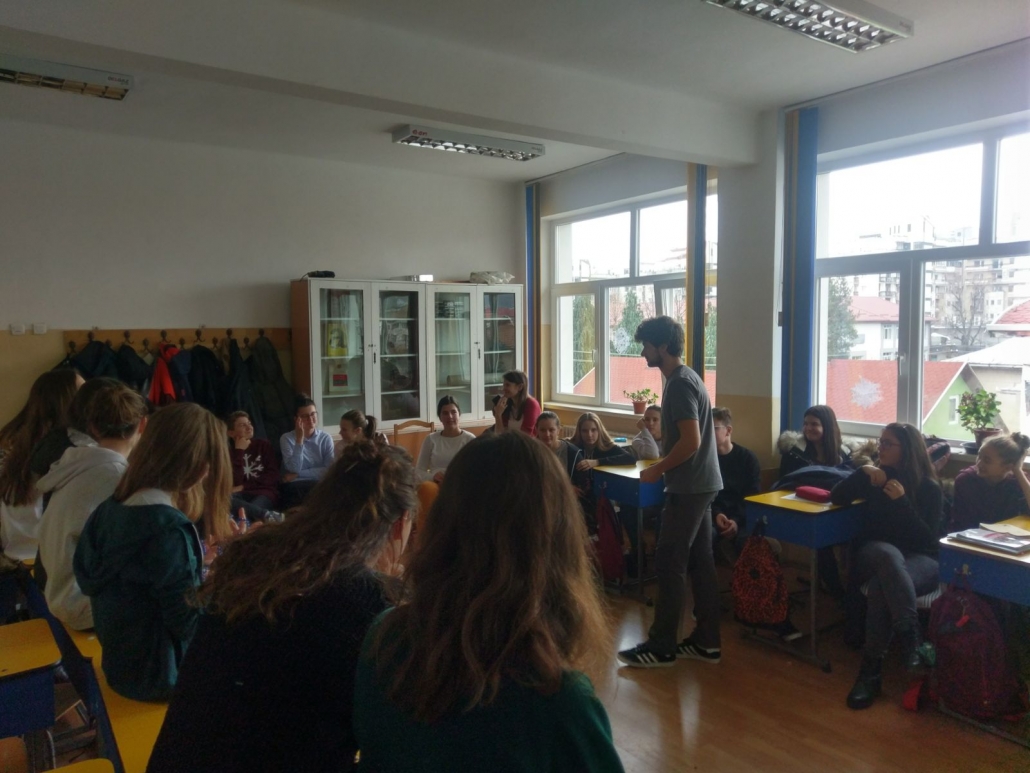 On Wednesday, we were invited to speak about volunteering in School Cuza. A vibrant and exiting activity has taken place in this school. The subsequent break gave us the opportunity to go School 8, where a next activity was to take place. The children of school 8 were waiting for us, here we talked about Gender Equality. The choice of this topic did lay in the actualities of the earlier days. Indeed, Saturday had been the International Day against violence on women and on Monday we attended the Manifestation to remember victims of domestic violence and spread awareness, placed in Piața Cetati. This inspired us to discuss with local children about the Gender Rights of man and woman.

On Wednesday afternoon, we went to Șomcuta to celebrate the National Day with refugees. The activities that took place around here were exiting. Drawing and flag-making with the kids, dancing with the adults and all kinds of games made this afternoon a refreshing one. The return to Baia Mare, notwithstanding, was more troublesome. A nice accident happened on the way back to Baia Mare. Our bus ran out of fuel and we had to push it for few metres to get it of the street. Two longs hours passed in the cold before we finally came home. 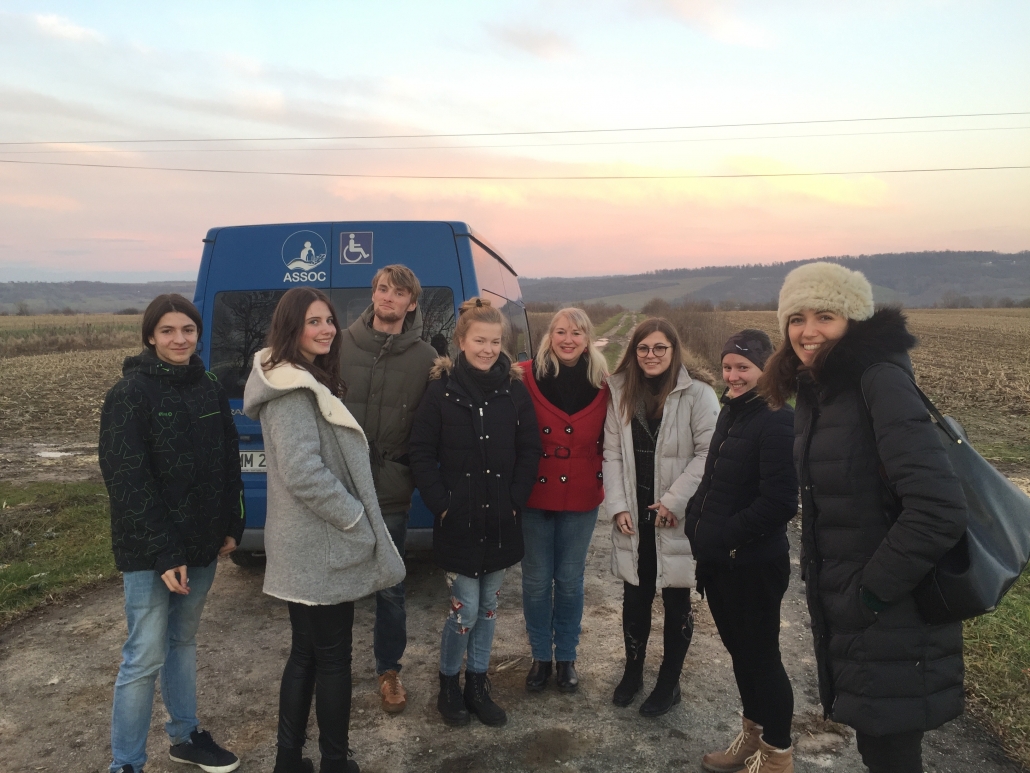 The short has passed so fast and suddenly we were in our long weekend. The group split in two: Angelika and Jonathan decided to explore Maramureș; the monastery of Barsana was visited, also Sighet was a destination. The road to this northern city led us to drive through a snowy mountain with beautiful views. 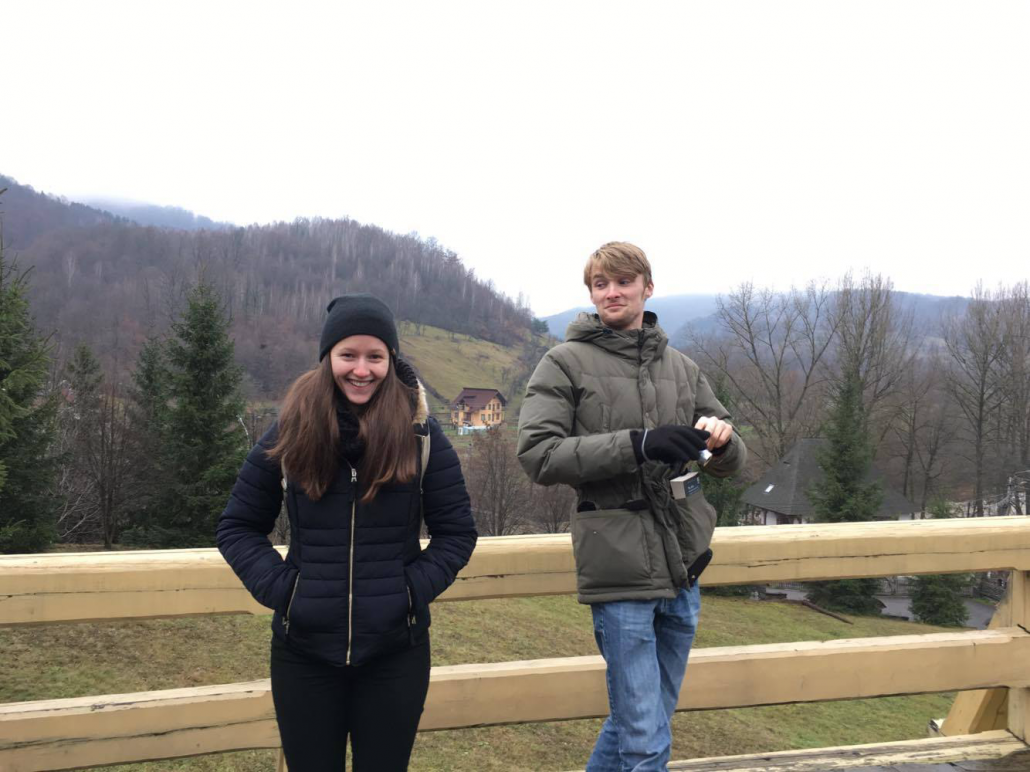 Maeliss, Barbara and Cecilia decided to go to the beautiful Budapest. They hope to visit that magnificent city soon as possible but next time with the others members of our intercultural family in Romania.  The following pictures give a nice impression: 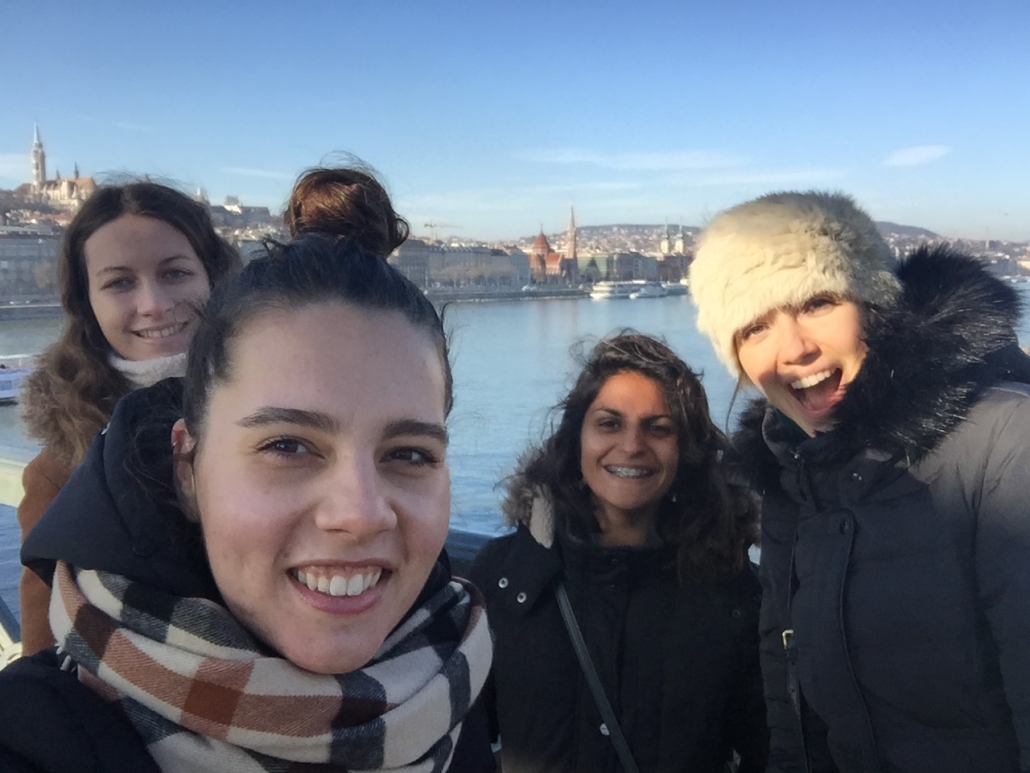 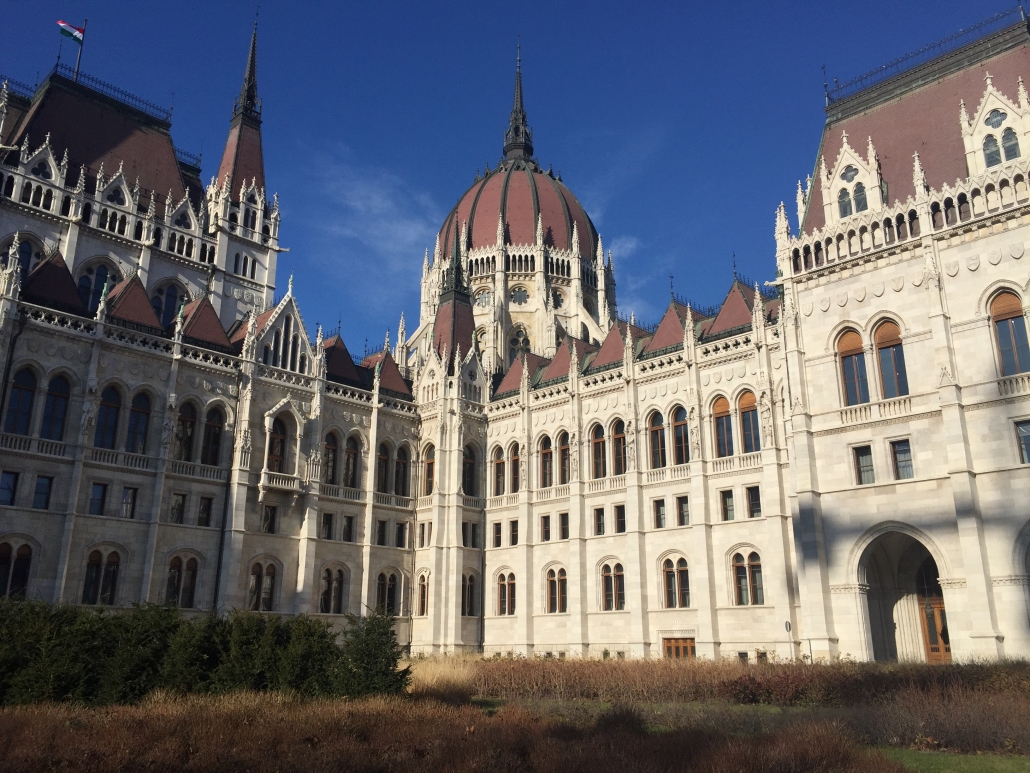 All the good comes to an end. A new week reached us and gave us quite a surprise. At last, snow arrived in Baia Mare! At times we cannot stand the cold that this season brings us, everyone of us is nonetheless amazed by the vision of the white city. We are all filled with joy to see the small particles of snow make their way to the Romanian ground. 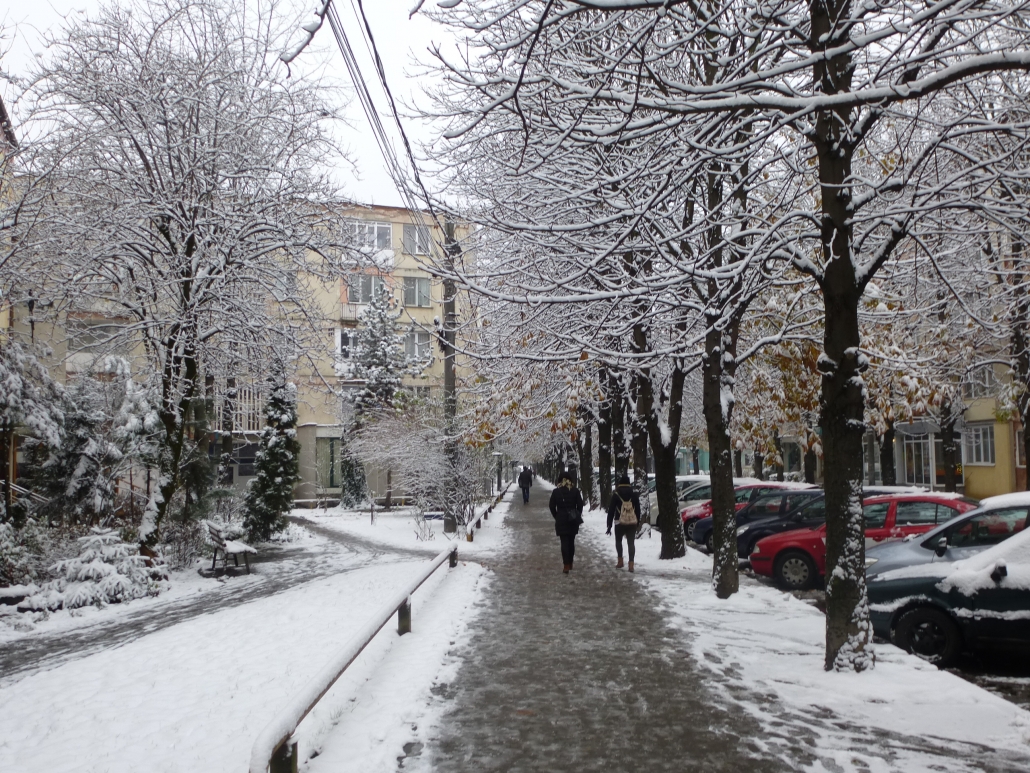