Between the 20th of August and the 31st of August 2022, YMCA Romania participated in the Youth Power in Action youth exchange, organized in Fragneto, Italy by YMCA Parthenope. Our volunteers Brianna, Daria, Georgia, Horea, Edy, Anda, Cezara, Luana, Masha together with the group leader Ana, explore through -arts, dance, theatre, body awareness, juggling and outdoor activities- the inclusion of marginalized people and the reception and the integration of refugees and migrants.

Here are some testimonials from our volunteers: 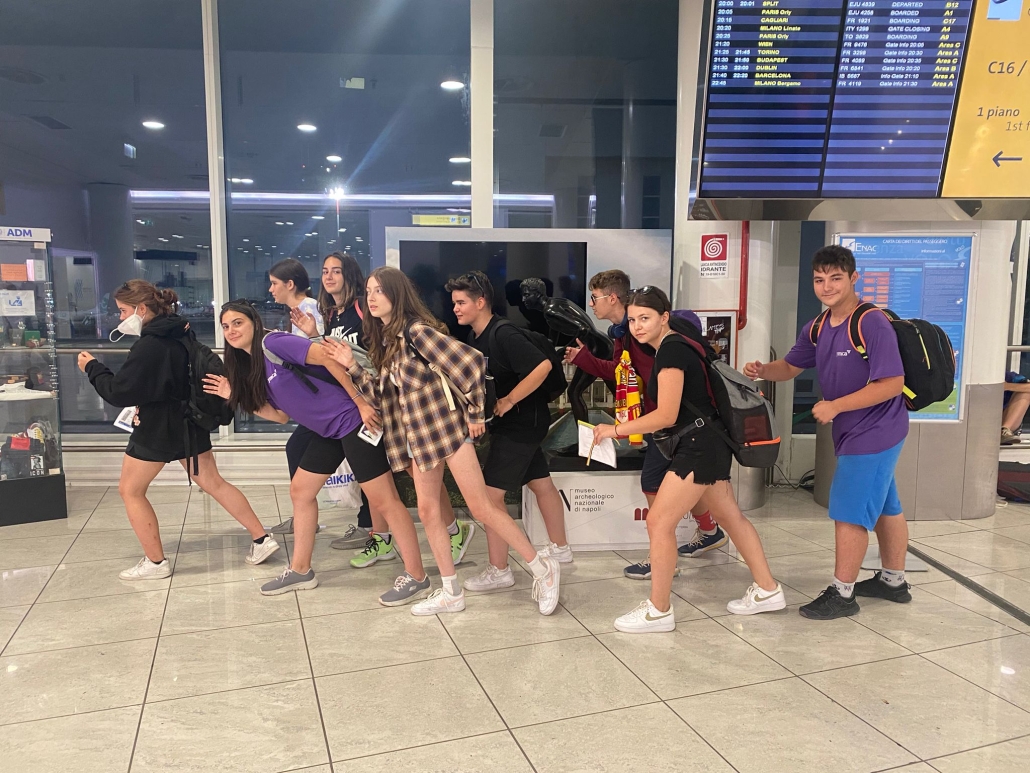 It has been almost 2 weeks since I returned from Fragneto and it’s becoming clearer every day that I would have definitely regretted if I didn’t go. It has been a great experience and an amazing opportunity for us to meet new people and to get to see the world along with our friends. I think that everyone should take part in this kind of project at least once because it will open up their minds and teach them important values for a person to have like: inclusion, braveness, supportiveness, having fun and so on. The activities were nice and kind of relaxing. Some of them took us out of our comfort zone, some were boring …. you don’t have to like everything and it’s fine, that’s one of the many things we learned while being there – to feel free to express your emotions and desires. I enjoyed the most the cultural nights because we were all having fun together while learning about other’s county traditions, for example their traditional dances, food and also about their language too. Overall, it was for sure one of the best experiences of my life and I would repeat it again any time (Cezara, 15 years old). 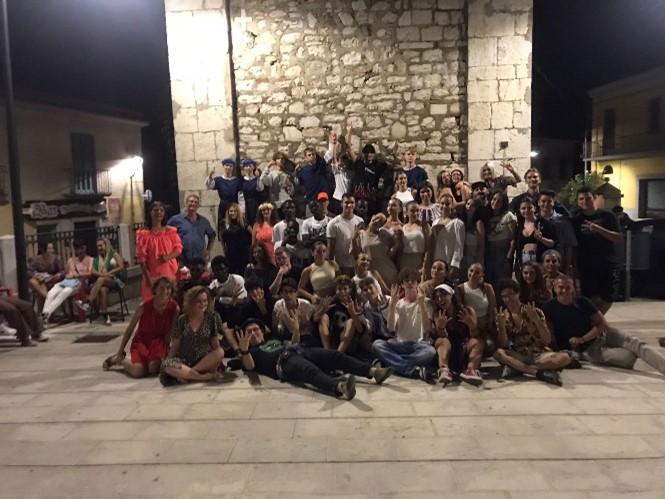 Thanks to Erasmus+ Program 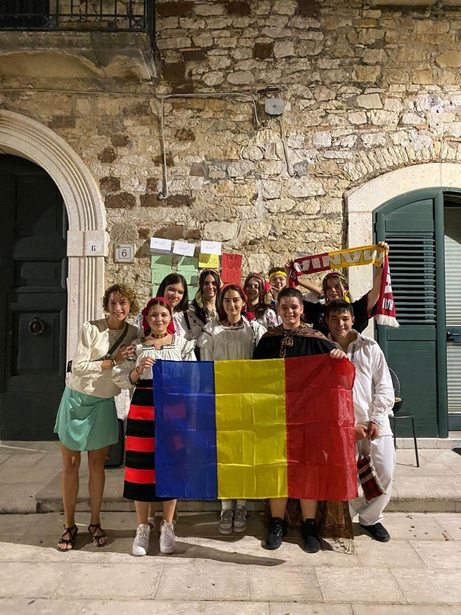 This was my first Erasmus+ project and I want to say that I am very grateful that I could participate in it. At first, we were all shy, but we became friends easily and started talking as if we had known each other for a lifetime. We did a lot of interesting activities, on the first day we discovered the city (Fragneto) by taking different pictures. The next day was very interesting, thanks to the team from North Macedonia who taught us to dance, and in the evening we had the Italian night, where we learned to play a card game specific to Italy, and tasted different dishes brought by them. We also visited Benevento, a beautiful city. Then, on the 4th day, we had the Romanian night, where we had Dracula with his friends dressed in traditional costume, and we gave people traditional Romanian dishes, and then we danced 7 Pasi and Hora. We also learned a lot of things about Latvia, about their traditional costume, their dances and food. When it was Macedonian night, we attended a traditional wedding and had an amazing time there, partying, and we also learned the Cyrillic alphabet. My favorite activity was when we had to make a theater scene with the most random objects, we had a lot of fun. I also learned how to maintain eye contact much more powerfully, and my self-confidence increased considerably. If I had the chance to repeat this exchange project, I would not hesitate and do it without thinking twice. I think the thing that kept us close was the late nights when we just sit in the center of Fragneto and talk about life, make jokes and just connect with each other. It was a divine experience and I am more than grateful for it (Brianna, 17 years old). 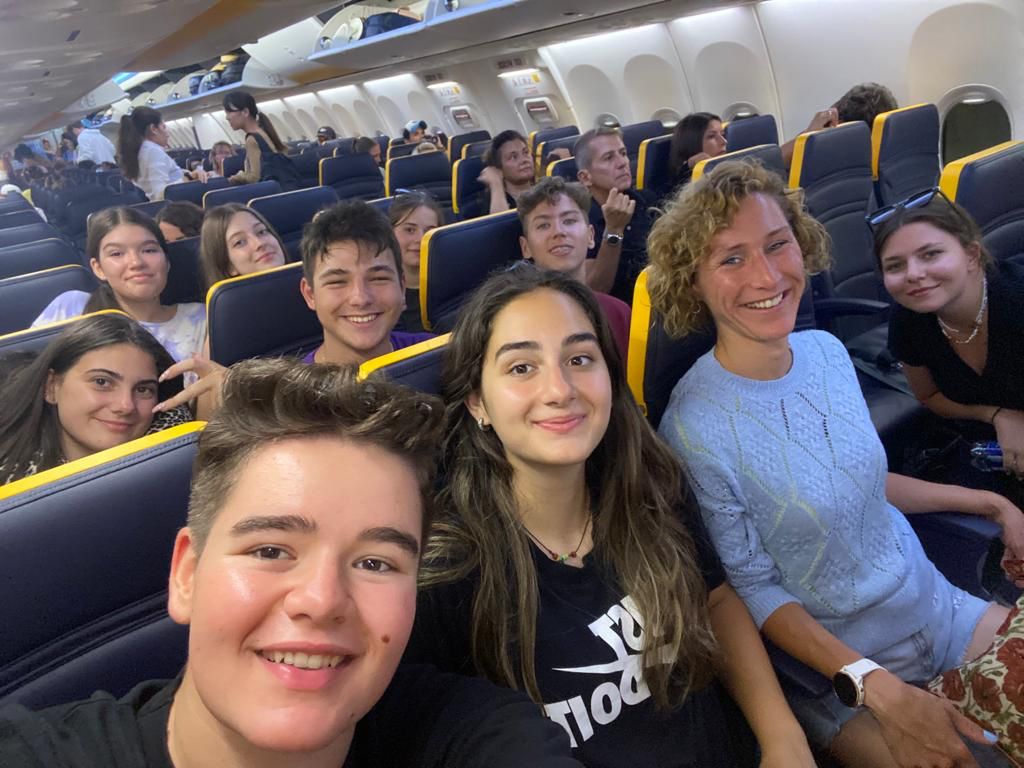 This year I participated at my first Erasmus+ project which was held in Fragneto Monforte, Italy. It was also my first time in this country and all I can say is that I fell I in love with this country and its traditions. At first I was scared of this experience because it was my first time being that far from home without my parents, but I ended up becoming closer with people like they were my my family. I also made new friends who gave me new experiences and changed my perspective about things I thought about their country. I my opinion the activities were a little bit boring, but they also helped me a lot because now I’m more open with the people who are around me and they also made me realize that my opinion really matter (Luana, 15 years old). 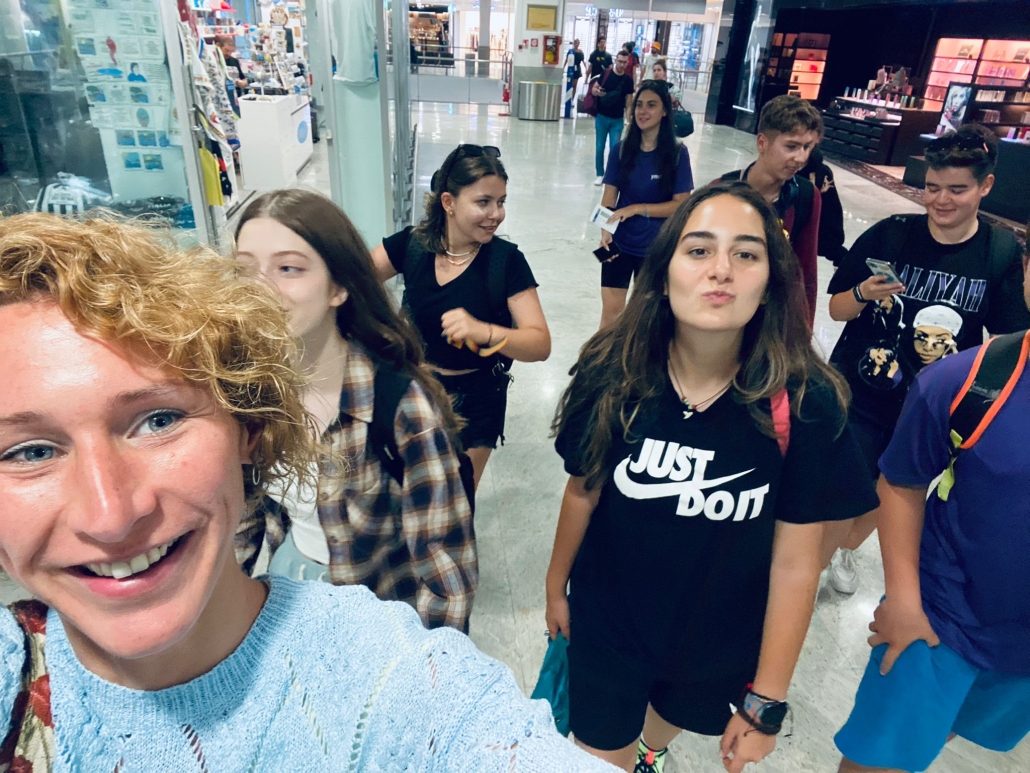 This was my first time participating into an Erasmus +
project and I was very happily surprised. When we first arrived in Italy we were greeted by the other participants who were the kindest and friendliest people I’ve met in a long time. As time went on we spent more time with each other
through activities and parties and got to know everyone better. In these 10 beautiful days I’ve learned a lot about some other countries and also about myself. I truly have had blast with these people and I wish I could do it all again (Horea, 16 years old).

For the end, we will share with you a video testimonial from one of our volunteers.